Stability versus instability of Digital Arts:
The connection with Exhibition Spaces and Memory 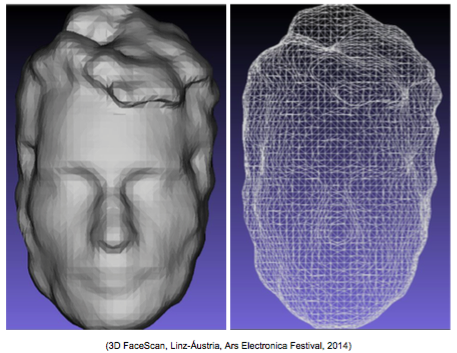 The research reflects upon the Contemporary art, specially on its relation with the digital. When we take up the digital is normal to think of a range of elements that the field carries, that goes from the primary wires and electric energy, both still in the centre of  operation of machines, until the memories of the hard discs that comprise files. The Word file as a synonym of the binary manifestation of information available on the memories, suggesting the connection between keeping and forgetting that already existed on the pre digital world .
A recurrent theme on Contemporary art is the preservation and memory of artworks. Numerously researches, artists and museums discuss and define actions of how to preserve Contemporary Art.
On the Digital Art the subject is also a maturing process when it comes to concepts and definitions as actions in favour of the importance of record of artworks around the world. Not only on the materiality induced by the audio-visual, but also on the custody of the pieces that often are not only made as projection os walls and objects or to be seen in LED and LCD screens.
The digital art is a reality at the main galleries, museums and art reference centres around the world. There is a great number of exhibitions that involve Media Art, the digital acquis and the proliferation of art festivals which are built by electronic or digital means.
According to Mark Tribe  (apud PERISSINOTTO, 2010), member of a projects of digital art preservation named ‘Archiving Vanguard’, with the purpose of avoiding a gap on art history one can not allow the exclusion of new medias on this context.
In Brazil there are important examples of how the art festivals complement the agenda of culture and art in new medias. with a substantial number of those exhibition places being centered at the brazilian southeast we can mention FILE -international festival of electronic language- with nearly 10 years of operation the Itaú cibernética and the programs of art residency and exhibitions with around 9 years of operation, FAD - Digital Art Festival- with an exhibition platform, symposium and performance with nearly 7 years of operation, the Program Multiplicity with nearly 8 years of operation, the Art.mov, festival focused on mobile medias with 6 years of operation, Live Cinema with focus on audio-visual performance with 5 years of operation, among many other projects of scientific art residency and exploratory such as smaller exhibitions and fruition locations of art by the means of medias.
This brief clipping of Brazil, may indicate the importance of this kind of art and Contemporary cultural actions not only in Brazil, but in an international context.
Despite the unquestionable presence in the international art circuits, the digital art, such as the process of recognition of photography as an art field, still gets references and acceptance criteria as a singular field of arts. This way, is a field that grows from the borders to the center of the art circuit, not being present as an hegemony, enabling to think the Contemporary art context just as an heterogeneity that in its centre, allows the digital expression.
On behalf of this reality comes to us the need of preservation and memory of Digital Art as something to be included - in some cases- and strengthened in others- on its constructive historical centre as something relevant and urgent, in the face of the progress of media that shape them and in this case, liable on studies.
The technological advances, either in the fsic fields of construction of dispositives (hardware) or by matters of computer language evolution, softwares programmation, concern in a prominent way on the continuity, the adaptation,, the innovation and/or discontinuity of developed artwork. This way, in the centre of its development the digital art also contemplate its biggest challenge, keep itself accessible and existent over time.
In this context, the study discusses and establishes concepts in which we can accommodate the digital work, therefore we comprehend that the digital artworks can be grouped, either as stable or as a group with a considerable number of unstable artworks, creating a data basis of analyzation that shows difficulties about ‘preservation of digital acquis. From this onwards we try to establish parameters of stability and instability by the time we execute the discussion about the necessity of memory and preservation of art produced by the Contemporary technological advances. 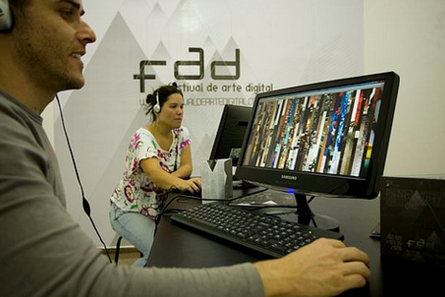 The research project has as general objective, to comprehend and analyze the economic situation. the contemporary situation of digital art onwards its preservation and memory. The first central intention of studies were the aspects of electronic, digital artworks or by the means of new medias to be identified as “stable “digital artwork. are characteristic of work belonging to this nomenclature or group, artworks that independent of constructions, programmation, functionality and interaction processes, are considered inalterable environments, regardless the chronological time of exhibition and the embargoed technology in detriment of appearance of new options of support.
The second intention was to delimit in this study, the digital artworks denominated as “instable”.It characterizes the tasks, groups and artworks that on account of its characteristics, either  of technological support, programmation, construction or interaction, randomly modifies itself on the environment they are exposed to, leading to unexpected and independent results over chronological time, either by discontinuation of support, programmation breakdowns, incompatibility of executable specific means and prepositions or other intern and extern influence on it.
At last, the project carried out theoric-critical and not only technical analysi based on the necessity of maintenance, preservation and memory construction in the field of Digital Art such as the possibility of acquis that trace the electronical art history in programmable environments, such as in other artistic areas. Yet, it questioned the role of museums and curators when it comes to the preservation of  digital art’s history. How  those mediums have adapted to the dichotomy “estable artworks” and “instagle artworks” and what they have done about those artworks at the expositive space.
​

For the developement of the reseacrch work, two steps were conducted. The first step was the construction of a theorical referentials concerning the art though the new medias. Concepts and theorical referentials from authors, researchers and critics were evaluated on the aspects of appearence and understandig of electronical and digital art (including the matter of interactivity) in conection to supports of technology and programming. In the terms of supports, we have studied the choronology and evolution of computacional dispositives and its appliance  on art through media.

The second step of the metodology applied on the research, were the studies concearning comparative cases of digital artworks classified in two groups; stable and instable. For such a field research, the researchers have initially had at their disposal, FAD’s - Digital Art festival- data bank, which happened in Belo Horizonte.

In spite of the data bank, empirical experiences regarding the installarion of digital artworks from both brazilian and foreign artists were analized at the previous edictions of the Festival in 2007, 2009, 2010, 2011 and 2012. For the analysys of this empirical experiment, interviews with a digital art curator were performed. Those interviews were carried by a questionary which were sed to guide the dialog with the interviewee and ith other mediums (such as producers, artists and authors) who became interesting to the study. In addition, these data were handled by the theoretical and analytical  frame of reference of the Discourse Analysis (DA).
Also, some artworks were selected, being classified to the both group of studied; stable and unstable. There was documental analysis of Photographs, data sheets, videos and manuals of application regarding pursuits to compile detailed data which could function as comparatives of contextual and technical analysis indicators. The selected artwork were characterized according to its attributes of stability or instability.
Therefore, by the end of the research (12 months), the Theoretical frame of reference was discussed, figuring the concepts prupsed on the research and the analysis of some artworks which enabled itself to relate to the developed theory.
​ 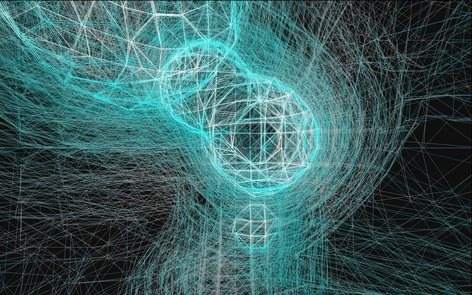 Imagem: acervo FAD 2012. Bactrium-21
When we think of unstability in the field of computation we are thinking of functioning oscilation concearning certain process which is in or manifests some kind of execution protocol. In this context, which is digital or computacional art's structural basis, the first starting point of instability are the interfaces, devices or hardwares. The second starting point are the programs, apps (software) or progrmable computacional enviroments.
In considering "interfaces" of eletronic products developed by the industry, can be assossiated to this group various componnts such as: video display screens, different cameras, circuits, lusters, hard discs, electronic memories, network cards, silico processors, optical reading units, layers, among many others.
given those examples, we can easily observe in our everyday life, processes, descontinued environment and products modifyed, amended, hybrids or that simply ceased to exist. Usually, those are natural events which concearn a functional or economic improvement, where some are replaced by others aiming extra efficience keeping up with a natural logic from the industry and the market since industrial revolution.
However, when art draws upon  tecnology, the means and purposes established by the artits, lie at a different time, even on behalf of rebuilt and reuse of equipment nd technological process for purposes that distinguish from its functional originality. The artist and hi alwrtork are timeless towards natural processes and demands. It enables us to think that any technologycal equipmet incorported by the artist over his work, transfortms the usual latest technology into something potentially obsolete. In many cases this practice leads to an almost magical shift from the usefull product to a new function that ignores its aplicatiion preveousyl especified by the industry.
Then we have the institution, in the field of digital arts, of a transformation concearning everything that is incorporated as something 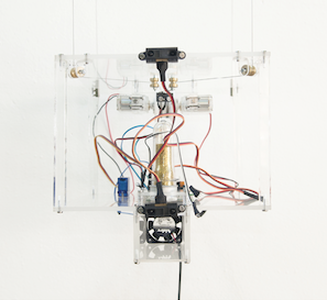 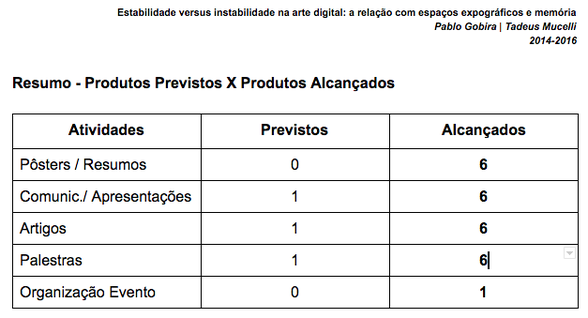